Oppose 2789 - Keep IL Govt. From Declaring School Closing Emergencies...that's the responsibility of the school board

If Bill HB 2789 becomes law, it empowers the state to impose new health mandates on in-person learning in ALL schools, including nonpublic. 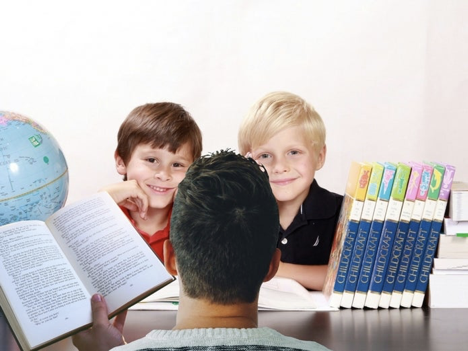 If you live in Illinois and if your child attends a private school, you should be very concerned about the House Bill HB 2789 that can affect nonpublic schools in Illinois. It's called School-Public Health Emergency: https://openstates.org/il/bills/102nd/HB2789/.

Children who attend nonpublic schools have been at school receiving face-to-face education since last August. There was not a significant number of deaths and cases associated with those schools. It proves that it is safe for children to have in-person education and that it is safe for teachers as well.

If this bill becomes a law, then in case of emergency the nonpublic schools will not only have to stay closed, but they are also threatened with closure in case they don't obey this new law. Many of the nonpublic schools are Christian. Doesn't it mean that the government wants to find a reason to close Christian schools? If it's true, it sounds very concerning, otherwise, why would they close them if their experience staying open proves that it is safe to have in-person education?

"Unions embarrassed that parochial & privates schools open all year with few issues. Want state to shut down their competition. Shameless," wrote American politician and former CEO of both the School District of Philadelphia and the Chicago Public Schools, Paul Vallas, in his tweet.

If this bill passes the Senate, the Illinois Department of Public Health will oversee all the schools, public and nonpublic. So, in case of a public health emergency, public and nonpublic schools will have to comply BY LAW. Some people have said that it will also affect home-school groups.

However, our legislators should remember that individual school districts and school boards have the authority to make their own decisions. Generally talking, "school boards are widely regarded as the principal democratic body capable of representing citizens in local education decisions." (Read about school boards here: https://education.stateuniversity.com/pages/2391/School-Boards.html).

Please, contact Rep. Michelle Mussman and Sen. Christopher Belt (their contact info is on this website) and tell them that you disagree with the amendment related to nonpublic schools and with the entire bill. Please, act as soon as possible.

The bill is referred to assignments in the Senate right now. People who called Senator Belt's office and Representative Mussman's office, as they are the Senate sponsors, got only the answering machine and didn't receive any answers. As far as I know, nobody called back. Still, keep calling them. Your voice should be heard!