The Club is structured by Ward/Township, with each of the five elected Republican Committeemen working with Executive Director Jeff Fiedler and Chairman Matt Podgorski.

The Northwest Side GOP is a people-powered organization, and we would love for you to get involved. 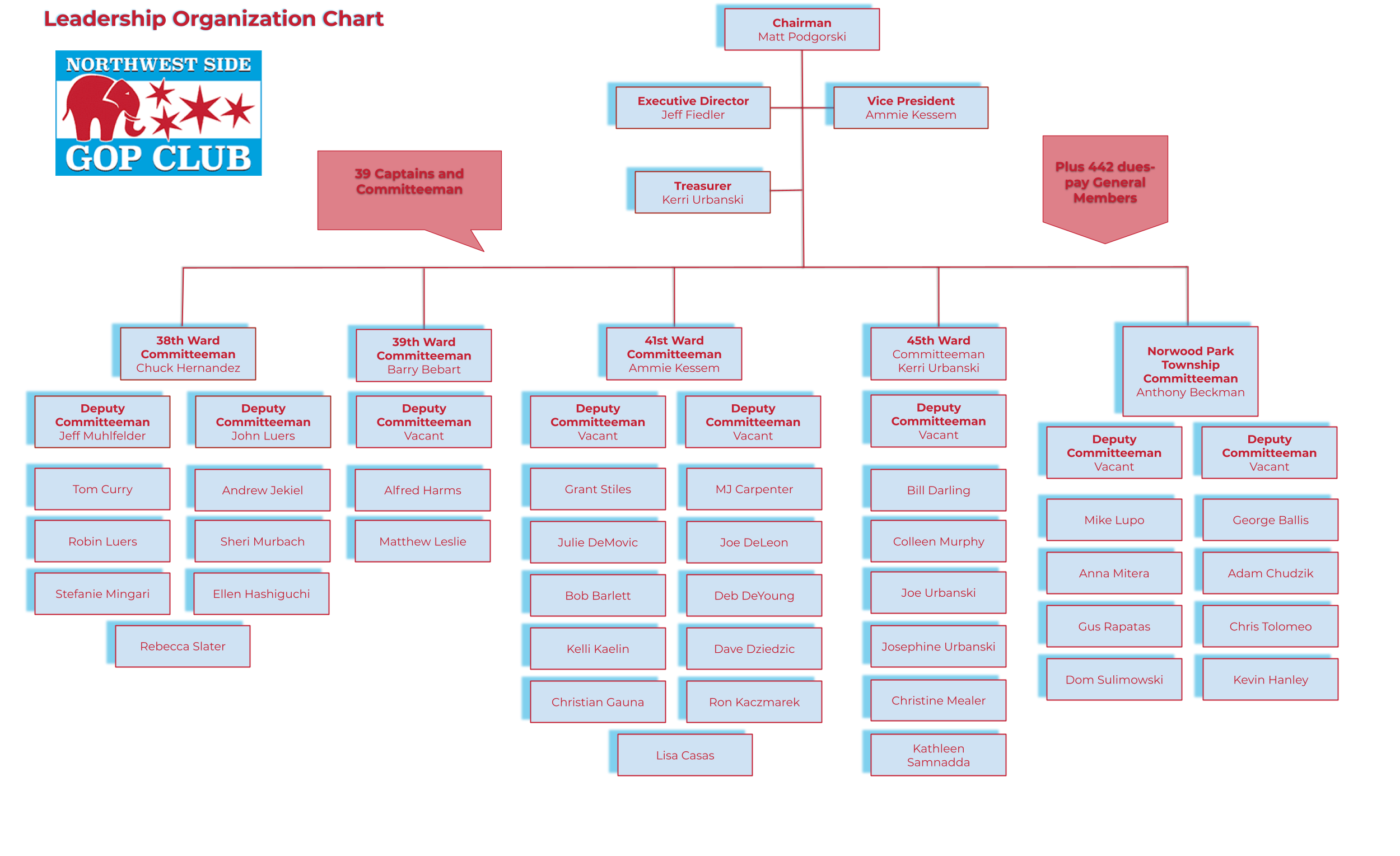